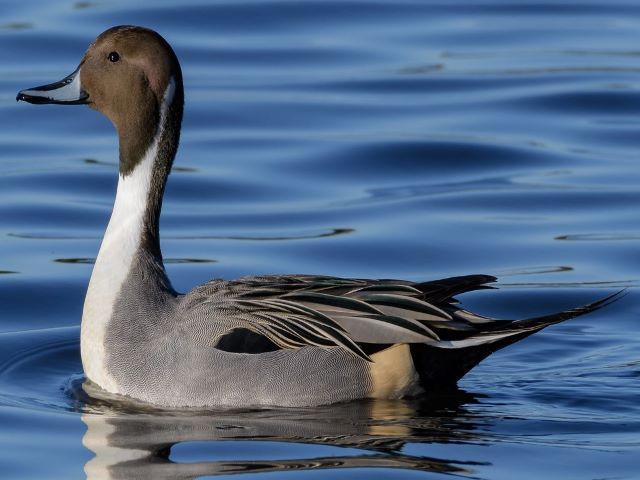 Identifying Features: Male has long neck and tail, chocolate-brown head and white breast with a white stripe extending up the side of the neck, upperparts and sides are grey, bill is bluish and the legs are blue-grey; Female has light brown body with a more uniformly grey-brown head, tail shorter than males.

This image was clicked by PRA Images – via Flickr.