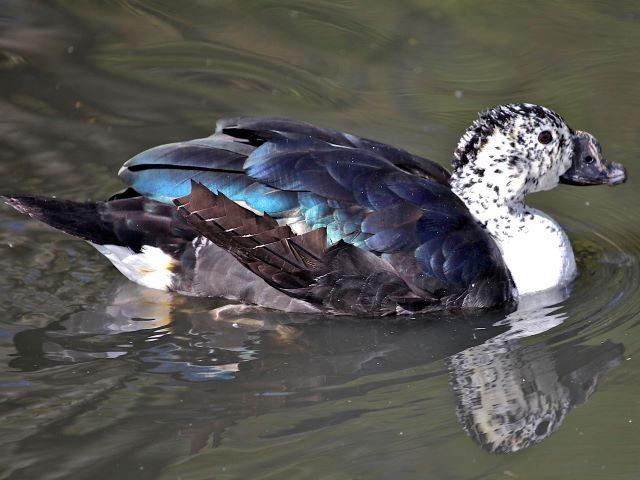 Identifying Features: White head freckled with dark spots, pure white neck and underparts, upperparts are glossy blue-black with bluish and greenish iridescence, male is much larger than the female and has a large black knob on the bill.

This image was clicked by Nigel Clifford – via Flickr.