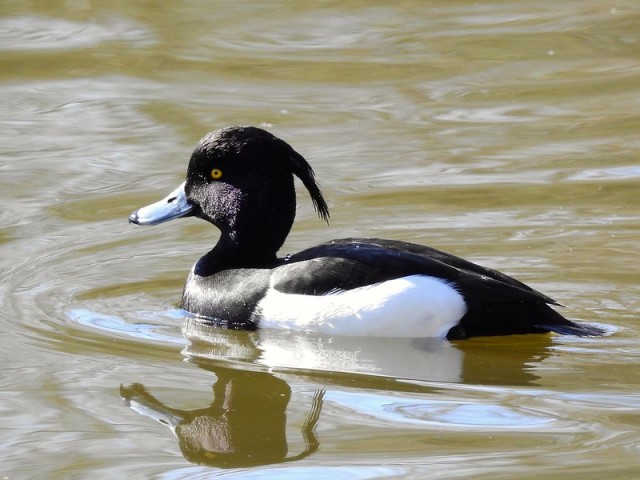 Identifying Features: Male is all black, white flanks, blue-grey bill, thin crest on the back of head, gold-yellow eyes; Female is brown with paler flanks.