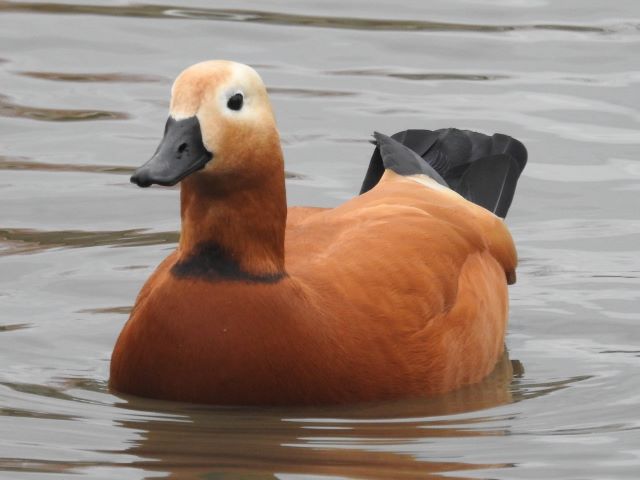 Identifying Features: Orange-brown body plumage with a paler head, tail and the flight feathers in the wings are black, wing-coverts are white, orange-brown head and neck separated from the body by a narrow black collar, female lacks black collar, black bill.

This image was clicked by Bob Silver – via Flickr.